The Kapunda Golf Club was established in the mid 1950's on a course situated on Bethel Road. From there it moved to Allendale until the mid 60's.

In 1965 Kapunda District Council acquired the present site as a bare paddock from agricultural icons S Kidman & Co. During 1966 whilst still holding competitions at Allendale, the committee designed and constructed fairways, put in "slag" scrapes and constructed the first iron shed "clubhouse" at the Kidman road site. Hundreds of native trees were also planted to define fairways and present a challenging course for future years. In 1967 competition was relocated to the "new" course.

In 1977 the Club borrowed funds through the Kapunda Council to construct a more modern brick clubhouse which still serves the purpose today.

In 2001 the Kapunda Golf Club, in conjunction with Kapunda Council, considered the option of replacing the sand scrapes with greens and installing an extensive fairway irrigation system to make use of the town's treated effluent water and abundant stormwater.

The Club again borrowed funds through Local Government, and with the assistance of many hundreds of voluntary labour hours the course was transformed into the picturesque, challenging layout it is today. Some of the original trees were removed to allow the bent grass greens to get enough sunlight but others have been planted in their place to ensure the challenge remained. The 18th hole was lengthened recently to make it a par four and overall par 73 course with the ACR set at 72.
The redevelopment of the entire course and excellent management of the Club as a whole culminated in the winning of the SA Great Regional Sports Award in 2006.

Since the initial redevelopment, the course has seen further improvement with the addition of extra bunkers and hazards and of course the trees are now much taller and more of a challenge.
In more recent years the club has upgraded the Clubhouse by way of extending the front for extra seating room, installing a walk in coolroom in the bar area and recarpeting and painting the interior.

The shedding has also been improved to house the extensive machinery required to maintain the course in it's pristine condition, greenkeeper's equipment and also member's motorised golf carts.

The Course itself is fully maintained by a large volunteer workforce that enables the membership fees to be kept at a very reasonable level without the condition of the course having to suffer.

The nine hole layout with 18 different tee blocks offers very well maintained fairways and manicured greens. Water hazards, a watercourse running across several fairways and new bunkers make the layout a challenge for golfers of all abilities. Visitor comments suggest the Kapunda Golf Club may well be the best presented 9 hole greens course in the state and certainly has the friendliest, most inviting membership you would hope to find in a sporting venue. 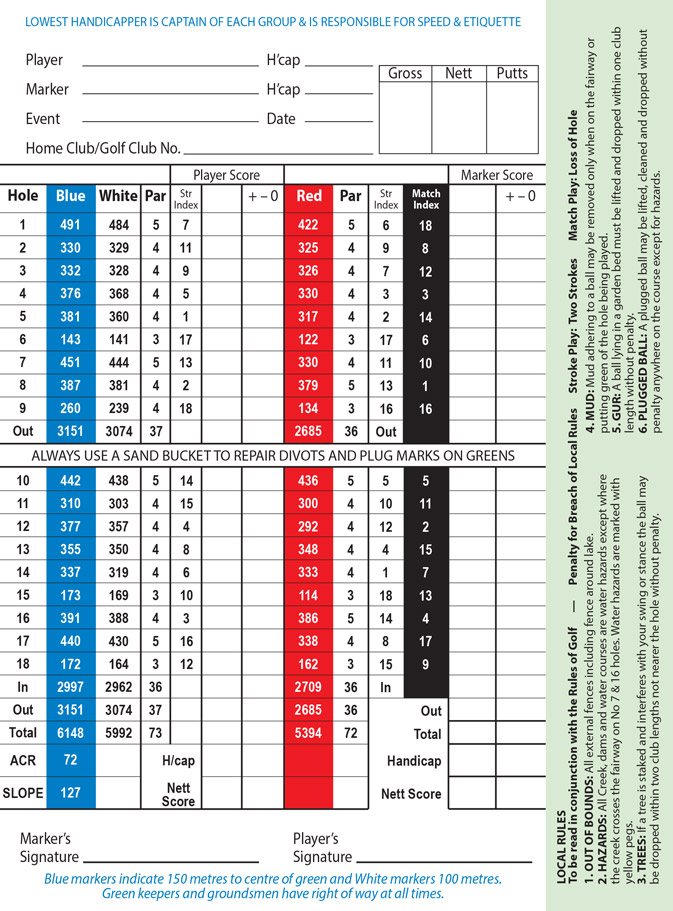